Are Stand-Up Desks Really Any Healthier for Office Workers? 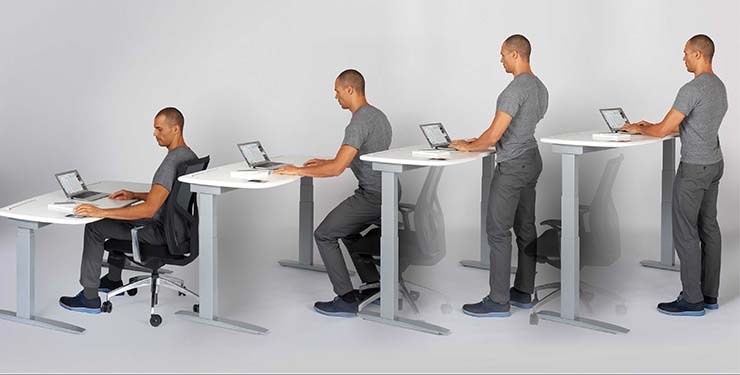 Standing desks or stand-up desks are not a new fad. They’ve been around since at least the time of Benjamin Franklin, the founding father who used one over two hundred years ago. However, there remains a great deal of controversy regarding the benefits and drawbacks of stand-up desks.

Getting Used to the Stand Up Desk

Stand-up desk users seemed to agree, though, that leg and foot soreness can be a problem. This may be a particular problem for individuals who are just starting to use a stand-up desk user and whose bodies aren’t yet accustomed to the new way of working. More comfortable shoes and an anti-fatigue mat can help reduce this problem. Gradually building up the amount of time spent at a stand-up desk can also help.

If you do opt for a stand-up desk, it’s important to get one at the right height. Because each person is different, getting a custom desk built can be prohibitively expensive. A better alternative is to get an adjustable desk. One with hydraulic power can be lowered for occasional sitting and increased to a custom height to suit your individual needs.

At Southeastern Healthcare, we are here to help! Call us at 910-790-3666 to schedule your chiropractor Wilmington NC appointment now.