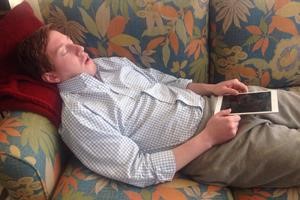 We’re here to help! Whether you have specific concerns about a musculoskeletal problem or more general health and wellness questions, we encourage you to call or visit our office today!

What is “Radiating Pain” and How Can Chiropractic Help? 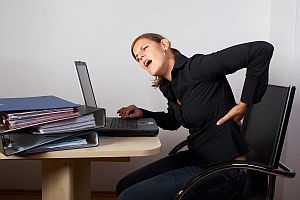 If you have ever had a case of sciatica, in which pain seems to start in your lower back or hip and radiate down your leg to your foot, you have suffered an example of what is referred to as “radiating pain.” The medical term for pain the starts in one area and travels to another is radiculitis, and although it is not the most common form of nerve pain, it causes a lot of misery for those who suffer from it.

What is Radiating Pain?

The nerves that run the length of the spinal cord from neck to tailbone and branch out to the left and right are called the radicular nerves. When these are injured or compressed they are more likely to radiate pain than the other types of nerves in our body. If there is a neck injury, for example, pain may radiate down the arm to the fingertips. The pain of something like tendonitis, however, is from pressure on the nerves in the elbow and forearm and does not generally radiate. Some people think they have radiating pain, but the pain is instead often just due to myofascial trigger points that cause a more diffuse pain that seems to radiate out from one area. This is caused by tense muscles and scar tissue that has built up trapping nerves in the muscles, tendons and ligaments.

Why Use a Chiropractor for Back Pain?

Chiropractors are expert at treating radiating pain. Your chiropractor will first take a thorough history, examine you, and may order diagnostic tests such as an x-ray or an MRI to determine if your problem may be due to a herniated disc, spinal stenosis or another condition that is not apparent from a physical examination.

A chiropractic adjustment can address any spinal misalignments that may be impinging on spinal nerves, taking the pressure off the nerve and reducing pain. In addition, many chiropractors utilize additional therapies that can free trapped nerves, such as the Active Release Technique (ART). A chiropractic ART therapist will be able to break up the fibrous adhesions and scar tissue that has built up in the soft tissue, freeing trapped nerves.

If you’re looking for a proven, non-invasive way for back pain relief, Southeastern’s team of experienced back pain chiropractors can help. We treat patients like you every single day. All it takes is one visit to discover for yourself the benefits of chiropractic care.

Stop living in pain; call Southeastern Healthcare today to schedule an appointment with one of our experienced and caring Wilmington NC back pain chiropractor. We are here for you. With six locations throughout the Wilmington area, we have an office conveniently close to you.