The idea behind spinal decompression therapy is that many types of back problems are caused by the spinal disks having become compressed—squeezed between the vertebrae above and below. This can manifest as herniated or bulging disks, which can press up against nerves and cause pain at the site as well as in other areas of your body and may interfere with neural impulses. The good news is that it is often possible to “decompress” the spine and alleviate the pressure WITHOUT resorting to risky and expensive surgeries. Specially trained chiropractors using a variety of advanced equipment offer a conservative alternative that has proven very effective for many people.

Basically, you recline – fully clothed – on a table as harnesses are attached to your pelvis and to the trunk of your body. Depending on the condition being treated, you may be facing down or up on the traction table. Then the doctor operates a computer-controlled machine to exert a gentle, pulling force that stretches your body—essentially relieving the pressure that gravity places on your spine all day.

Treatments typically last for 30-45 minutes. During the treatment itself, the computer constantly adjusts the force and angle of the applied traction in a series of alternating movements, to reduce the body’s tendency to resist external forces. These alternating movements gently elongate the spine and reduce the pressure on individual disks between the vertebrae. Spinal decompression usually works in very small increments over time. Many patients experience immediate relief, though most require a series of treatments over several weeks to produce effective, lasting results. Our spinal chiropractor in Wilmington NC says this may be supplemented either before or after the treatment with heat therapy, electrical stimulation, or ultrasound to relax your muscles and facilitate the decompression. 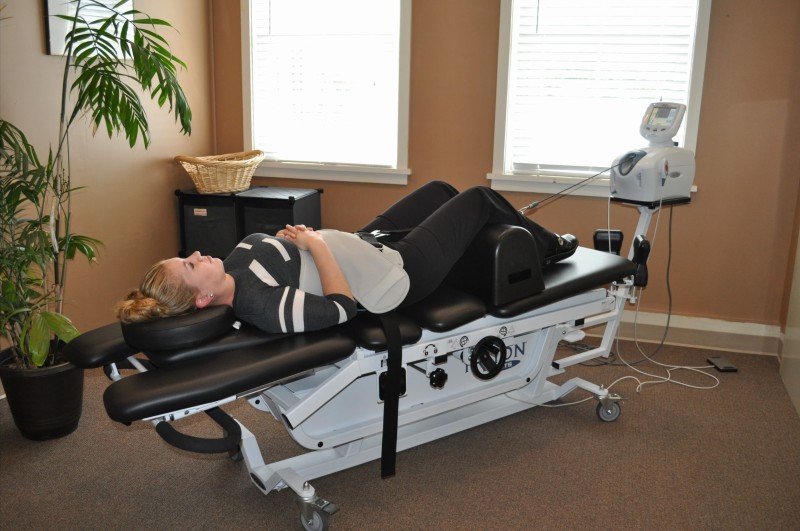