What’s the Difference Between an MD and a DC?

It’s important to know the basic differences between an MD (Medical Doctor) and a DC (Doctor of Chiropractic) so that you understand the unique role that each type of medical professional plays in helping you to maintain or regain your health.

Differences Between MDs and DCs

MDs and DCs are both licensed healthcare providers. They examine, diagnose and treat patients. However, most MDs have more hours of training in physiology, whereas DCs typically have more hours of anatomy training. Their methods of practice may help explain this difference in emphasis. DCs are experts in musculoskeletal health and general wellness. Like an MD, a DC will use diagnostic imaging, lab tests, clinical exams and questionnaires to determine a diagnosis, but the course of treatment will be different. MDs tend to prescribe pharmaceuticals and surgery to treat patients, whereas DCs use a more holistic approach involving a variety of hands-on treatments as well as advice on diet and exercise.

Office visits are also often quite different experiences. On a typical visit to an MD, you will likely be asked by a nurse or assistant to fill out paperwork and provide information about your condition. Then the MD will visit you, look at the information, perhaps perform a brief clinical examination, and quickly prescribe a treatment. In the course of doing this, most doctors will take only a small amount of time to understand your overall health picture. And treatment will usually involve drugs and/or medical procedures.

It is not uncommon for patients to have a more personal relationship with their DC than with their MD. Visits to a DC also tend to be more involved. The chiropractor will speak with you at length about not only your physical symptoms, but your lifestyle habits as well. He or she will examine you, perform any necessary tests, discuss possible treatment options, and provide appropriate manual therapies. Together, these treatment methods are sometimes referred to as “physical medicine”.  These may include targeted spinal adjustments, therapeutic massage, disc decompression, laser therapy, electrical stimulation and hot and cold treatments as well as structured exercise and stretching programs. In addition, the chiropractor may also make specific suggestions about your nutrition, day-to-day environment and physical activity.

In general, musculoskeletal problems (particularly those related to back, neck and joint pain) are better treated by a DC. However, many chiropractors have also developed specialized expertise in other areas as well. DCs will refer you to an MD if they believe that diagnosing and treating your specific condition is beyond their scope of practice.

Looking for Back or Neck Pain Relief? Call Southeastern Today!

If you’re looking for a proven, non-invasive way for back or neck pain relief, Southeastern’s team of experienced chiropractors can help. We treat patients like you every single day. All it takes is one visit to discover for yourself the benefits of chiropractic care.

Stop living in pain; call Southeastern Healthcare today at 910-202-4341 to schedule an appointment with one of our experienced and caring Wilmington NC back pain chiropractors. We are here for you. With six locations throughout the Wilmington area, we have an office conveniently close to you.

Chiropractic Care for Herniated Disks in the Lower Back: The Latest Research 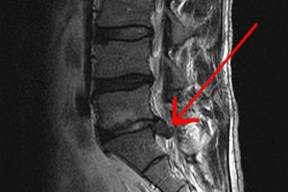 One of the most common causes of lower back pain occurs when the spinal disks in the lumbar area become herniated. A herniated disk happens when the bone of the disk itself has crumbled or fractured and the soft inner core bulges out through the outer portion of the disk. This places pressure on the spinal nerve root that runs through the disks, and the result can be pain in the lower back as well as numbness, tingling, or weakness in the legs and buttocks. Medical doctors tend to treat acutely herniated disks with oral steroids and epidural injections of cortisone, both of which have limited success rates and adverse side effects.

How Chiropractic Care Can Help

Recently, however, a major study published in the Journal of Manipulative and Physiologic Therapeutics has found that both chronic and acute herniated disks can be effectively treated by chiropractic adjustments. This year-long study followed 148 patients whose lumbar disk herniation had been confirmed by MRI scans. All patients suffered from back pain, sciatica, and radiating leg symptoms, and 79 of them had experienced these symptoms without noticeable relief for over three months.

The patients in the study were treated with chiropractic adjustments appropriate for their individual cases, characterized by the researchers as “high-velocity, low-amplitude spinal manipulation.”  Throughout the study, the patients were examined by doctors at two weeks, one month, three months, six months, and one year. They were also asked to self-assess the success of the treatments at those points, rating their condition on a scale of “much worse, worse, slightly worse, no change, slightly better, better, and much better.”

The results were surprising, especially because the typical clinical expectation is that only 36% of lumbar herniated disk patients will show improvement after two weeks of treatment. However, among the patients who received chiropractic adjustments in this study, 69% reported significant improvement in both mobility and pain reduction after only two weeks. At one month, that number increased, with 79.6% reporting conditions of better or much better. At three months, 90.5% had reported significant improvements. Interestingly, the chiropractic care in the study ended at the three-month mark, but assessments at the six-month and 12-month points found that 88% reported that their condition was still improved.

The authors of the study reported no adverse side-effects and concluded that a large percentage of patients with acute and chronic lumbar disk herniation could be improved by chiropractic care. This likely comes as no surprise to the many chiropractors who have been treating herniated disks and the resulting lower back pain for years—or to their patients who have benefited from that care—but it is heartening to see scientific research catching up to what we’ve known all along: A drug- and surgery-free approach that treats the whole patient and helps their bodies to heal themselves is superior to masking the symptoms with painkillers or relying on dangerous steroids or epidural injections.

So if you have been diagnosed as suffering from one or more herniated disks, see your chiropractor. You have only your chronic pain to lose, and so much to gain.

This winter, keep your spine in alignment and enjoy better health and less pain. Routine chiropractic treatments can be your most important ally in your fight to avoid morning stiffness and pain.

Call Southeastern Healthcare today at 910-202-4341 to schedule an appointment with our experienced and caring chiropractor Wilmington NC. We are here for you. With six locations throughout the Wilmington area, we have an office conveniently close to you.