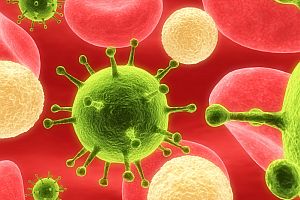 Leland NC Chiropractor: When Are Antibiotics Appropriate and When Should I Avoid Using Them?

People are becoming increasingly aware of the dangers that can result from the overuse of antibiotics. When antibiotics were first discovered in the early 20th century, researchers believed that they had found the key to conquering many deadly diseases. Since that time, antibiotics have certainly helped to cure diseases that once wiped out large parts of the population. However, there is growing evidence that antibiotics are now being used too frequently, and that they are often being used in inappropriate circumstances. This has led to many previously curable diseases becoming antibiotic-resistant, which means that a cure now requires the use far stronger antibiotics. In fact, some diseases have now become resistant to nearly all antibiotics. It is obvious that if antibiotic use continues in this way, we may have a major health crisis on our hands. Our Leland NC Chiropractor explains more.

The first thing to be aware of is that antibiotics are not effective in the treatment of viruses. They only treat bacterial infections, certain fungal infections and parasites. For diseases such as the common cold, flu or bronchitis, antibiotics are completely ineffective and their use in cases such as these will only contribute to the development of antibiotic-resistant bacteria. You should not ask your doctor to prescribe antibiotics if you have a sore throat or the stomach flu, for instance. According to the Centers for Disease Control and Prevention (CDC), antibiotics were prescribed for an acute respiratory infection in 68% of visits to the doctor. However, 80% of those prescriptions were unnecessary.

Antibiotics are often an appropriate treatment for conditions such as severe sinus infections that last longer than two weeks, ear infections, bladder infections and skin infections. These are frequently due to a bacterial or fungal infection, and treating them with antibiotics is effective.

If you have been prescribed an antibiotic, it is very important that you take it exactly as directed by your physician. If your symptoms happen to clear up before the entire course of antibiotics is completed, you must still continue to take them as prescribed. This is because there may still be a few lingering bacteria in your system, and-if they are not all killed-the strongest ones may survive to produce new generations of ever stronger bacteria that might make current antibiotics less effective.

If you need a Leland NC chiropractor, contact us today.