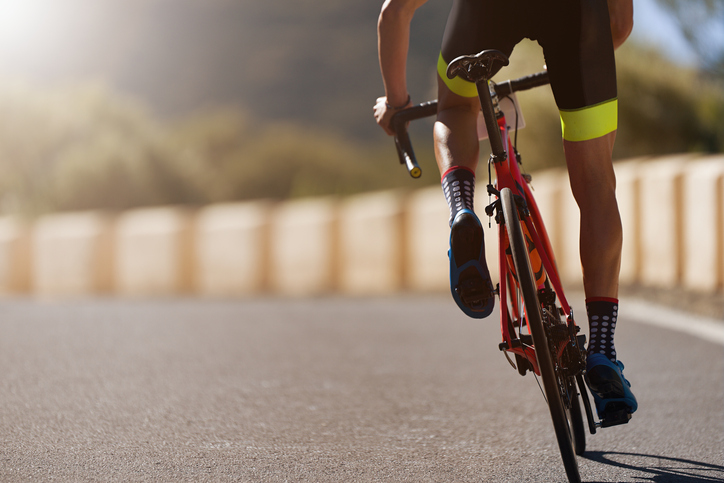 It’s well known that training in certain sports can improve a person’s endurance. If you’re a runner, for example, you know that as you continue to run every day or according to whatever training schedule you follow, you gradually develop the ability to run further, faster, and for longer periods of time. But did you know modern science doesn’t have a complete understanding of why or how this actually happens? Experts still have a lot of unanswered questions about the exact mechanisms at work when an endurance sport triggers these kinds of performance improvements. Our chiropractor in Wilmington NC explains more

When it comes to muscle strength, there’s certainly an element of adaptation at work—it’s clear that the phrase “use it and strengthen it” is every bit as true as “use it or lose it”. But muscle strength isn’t the whole story. Many long-distance runners would probably tell you that their coordination and ability to deal with rough surfaces and obstacles also seem to increase with practice. To them, it seems as if their muscle-brain communication has improved along with their muscle strength.

According to a study conducted at the Biozentrum of the University of Basel, not only may the runners’ perception be correct, but researchers may also have found one of the mechanisms that cause the improvements the runners are noticing. Their research suggests that endurance sports not only change the condition and fitness of your muscles, they also improve the neuronal connections to individual muscle fibers, based on a type of muscle-induced feedback, all accomplished through increased levels of a blood protein called PGC1α.

PGC1α seems to play a major role in muscle adaptation because it regulates the genes that cause muscle cells to change to keep up with the greater demands being placed on them. When your muscles are inactive (or diseased), they contain a low concentration of PGC1α. When the muscles are more challenged, however – for example when running for long distances – PGC1α levels increase. Professor Christoph Handschin and his colleagues in Basel have been able to show that this increase in PGC1α not only increases muscle size and strength, it also improves upstream synaptic nerve connections to and from the muscles.

The presence of more PGC1α improves the health of the synapses that link the muscles to the brain, allowing the muscles to change and develop new activation patterns, based on changing requirements placed upon them by the exercise.  Our chiropractor in Wilmington NC explains that in effect, the more you train, the more PGC1α is in your muscles, and the more quickly they are able to “learn” how to become stronger and more adaptable to challenges.

However, the most surprising part of this study, published in the journal Nature Communication may be that Professor Handschin and his colleagues were able to induce this same improvement in synaptic communication by introducing higher concentrations of PGC1α into the muscles artificially. As the researchers increased PGC1α levels, the muscles became stronger and the neuronal connections became stronger, just as if the subjects had been performing endurance training.

These findings are seen as possibly having therapeutic applications in the treatment of diseases such as muscle wasting and amyotrophic lateral sclerosis (ALS or Lou Gehrig’s Disease). As Handschin explains, “In patients, whose muscles due to their illness are too weak to move on their own, an increase in PGC1α levels could strengthen muscles and nerves until the patients can move enough to finally do some physical therapy and to further improve their mobility.” Then after some improvement to their muscles as the result of pharmacological treatment, the patients could continue to improve their muscle strength through practicing endurance sports.

But for healthy people, there’s a much simpler message—certain types of sports normally associated with endurance-building also build muscle coordination and adaptability.  Not only is this type of exercise good for cardiovascular and musculoskeletal health, it also seems to pay big “fitness dividends” for your body’s nervous system.

If you are looking for chiropractor in Wilmington NC, please call or visit our office today. We’ll be happy to explain our approach and answer any questions about cobalt. Remember-we’re here to help!