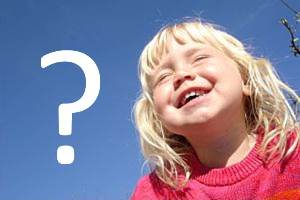 Everyone has had hiccups at one time or another. The ability to hiccup begins at a very early age. Fetuses of less than 28 weeks have been shown to hiccup, and this ability continues throughout childhood and into old age. It is believed to be one of the evolutionary remnants of our amphibian origins. Amphibians have a simple motor reflex similar to hiccupping in order to draw air and water across their gills. In the human fetus, the neural pathways that create hiccups are the precursors of the ones used for the development of lung ventilation. Our chiropractor in Wilmington NC explains more.

The diaphragm is a sheet of muscle lying beneath the lungs that separates the abdomen from the chest cavity. When the diaphragm involuntarily contracts, there is a quick intake of breath accompanied by a near simultaneous snapping shut of the vocal cords, which is what causes the characteristic “hic” sound of the hiccup. A hiccup is also sometimes referred to as a sigultus or a synchronous diaphragmatic flutter (SDF).

Hiccups occur singly or in groups, and groups of hiccups occur in regular rhythm. Although hiccups usually last only a few minutes, there are instances in which it can continue for longer periods. If you have hiccups that last longer than 48 hours, you should consult with your physician, as it is may be an indication of an underlying illness. Eighty percent of chronic hiccups are due to a physical cause, and the remaining 20 percent may have psychological origins.
According to Guinness World Records, the record for the longest attack of hiccups belongs to the late Charles Osborne, who began hiccupping in 1922 when weighing a hog. They continued for 68 years, finally stopping in 1990, the year before his death.

There are a number of different causes of hiccups, including:
* Eating or drinking too quickly, or drinking carbonated beverages, which introduces air into the stomach
* Eating spicy or fatty food, which can irritate the diaphragm, causing it to spasm
* Medications such as those to treat acid reflux and anti-anxiety drugs
* Smoking
* Irritation of the nerves in the head, neck or chest
* Abdominal surgery
* Central nervous system disorders
* Stokes and brain tumors
* Mental disorders

Increasing the level of carbon dioxide in the blood has been shown to inhibit hiccups, thus the origin of some of the hiccup “cures” that are reputed to work. Possible cures for hiccups include the following:
* Hold your breath and count slowly to 10, then gradually exhale
* Breathe into a paper bag or into your cupped hands for a minute
* Sip a glass of water, taking small, quick gulps
* Eat a spoonful of honey or peanut butter
* Gargle with water

Hiccups are usually a passing irritation that makes speaking and eating inconvenient. However, in most cases they will disappear unaided in just a few minutes.

Looking for a chiropractor in Wilmington NC? Contact us today!