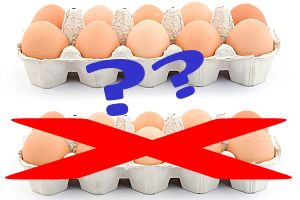 Back Pain Wilmington NC: How Much Protein Should You Have in Your Diet?

In recent years, we have been introduced to a variety of “pop” diet plans such as the Atkins Diet and the Paleo Diet that promise weight loss and better health as the result of substituting protein for carbohydrates. And although these diets have appealed to millions of Americans who would rather chow down on a cheeseburger or a steak than a plate of vegetables anyway, new research indicates that eating all of this animal protein might have at least one slight drawback—it can shorten your life. In fact, that steak you’re eating might shorten your lifespan as much as smoking a cigarette. Our back pain Wilmington NC chiropractor explains more.

In two related studies published in the journal Cell Metabolism earlier this year, researchers examined the relationship of protein consumption and longevity. In the first study, scientists at the University of Southern California examined data on over 6,800 middle-aged and older adults. They found that 50-year-olds who got more than 20% of their daily calories from animal protein—meat and dairy products—had a fourfold increase in their risk of death from cancer or diabetes. They also had nearly a twofold increase in risk of death from other causes over the next 18 years, compared with those who ate more low-protein diets.

These somewhat surprising results were definitely tied to timing—when in life the subjects consumed high levels of protein. Eating high levels of animal protein in middle age was the most dangerous – even people who ate moderate levels had a threefold increase of death from cancer. Study author Dr. Valter Longo said that the findings provide “convincing evidence that a high-protein diet – particularly if the proteins are derived from animals—is nearly as bad as smoking for your health.”

On the other hand, eating high levels of protein was found to have the opposite effect in people over 65. They had a 60% lower risk of dying from cancer and a 28% lower risk of death from any cause, compared with those of the same age who ate moderate levels of protein. And what about people who ate a high-protein vegetarian diet? The researchers found no increased risk of death in 50-year-olds who ate a high-protein diet but with the protein coming from plant-based sources.

A second study reported in the same issue of Cell Metabolism confirmed these findings in mice, indicating that rodents who ate a high-protein, low-carbohydrate diet had much shorter lifespans. They theorized that the link between high protein consumption and early death might be due to protein activating a natural growth hormone and cellular growth factor called IGF-1, which helps the body grow, but has also been linked to greater susceptibility to cancer.

Levels of IGF-1 may help to explain the findings that high-protein diets in people over 65 have the opposite effect, because IGF-1 levels tend to naturally drop off in humans after that age. This can lead to muscle loss and frailty, and the additional protein may help to counteract these effects. In the human study at USC, the IGF-1 levels of a sub-portion of the study group (2,253 subjects) were measured, and the researchers found that for every 10 ng/ml increase in IGF-1, middle-aged subjects on a high-protein diet were more likely to die from cancer than those on a low-protein diet, but similar mortality risk increases were not found in those over 65.

If you’re wondering what all this means for you, it seems to indicate that if you’re middle-aged you should probably consider eating less animal protein, whereas if you’re over 65, you might consider eating more. In a press release, USC study co-author Eileen Crimmins said, “The research shows that a low-protein diet in middle age is useful for preventing cancer and overall mortality. However, we also propose that at older ages, it may be important to avoid a low-protein diet to allow the maintenance of healthy weight and protection from frailty.”

At the same time, co-author Dr. Longo advised caution, “The majority of Americans are eating about twice as much protein as they should, and it seems that the best change would be to lower the daily intake of all proteins but especially animal-derived proteins. But don’t get extreme in cutting out protein; you can go from protected to malnourished very quickly.”