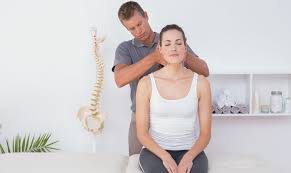 When someone needs treatment for back pain Wilmington NC, their initial response is to see their primary physician. Chronic back pain is one of the most common health care problems in the world, but in the United States, it is especially prevalent. In fact, more people in the U.S. suffer from mild to moderate back pain than cancer, heart disease, and diabetes – combined! This problem is also one of the costliest health conditions with it not only costing millions in lost wages and productivity, but also more than $50 billion a year is spent in their efforts to try and alleviate the pain.

The Catch-22 of Medical Treatments for Back Pain

When someone suffers back pain in Wilmington NC, their initial response is to see their primary physician. In most cases, the doctor will prescribe medication to manage the pain, but this type of treatment isn’t always the most logical course. For starters, pain medication only “masks” the actual cause of the pain. The problem still exists and as such, there is a risk that the problem will worsen if not treated appropriately. Another risk with this type of treatment is the fact that many pain medications are highly addictive with the potential for severe negative side effects. In short, the back pain sufferer could wind up alleviating their pain at the expense of accruing additional problems.

Chiropractic Care is an Alternative

In another study published in an issue of Spine magazine (Nov. 2013), 183 adults with chronic back pain were divided into two groups with one group receiving professional chiropractic care and other receiving placebo adjustments. The test subjects were assessed for the intensity of their pain on a scale of 0 to 10. Their physical range of motion was also assessed using the Functional Rating Index standard. At the end of the two-week study, the patients who had received only two chiropractic treatments reported significantly less pain than the patients in the placebo group. They also experienced greater improvements in overall physical function (48% vs. 24%), and more satisfaction with their treatment (78% vs. 56%). The primary result of the study identified chiropractic care far more effective at treating back pain than placebo care. But, perhaps the biggest surprise was just how quickly the pain relief was felt, after just two treatments!

In a recent survey conducted by Consumer Reports, the magazine asked 45,601 of its subscribers with back pain to rate their satisfaction with various pain treatment options. The options included alternative therapies, like chiropractic care, and conventional therapies, like pain medications. The results were conclusive. In the treatment of back pain, it was determined that “Chiropractic outperformed all other back-pain treatments.”

Interestingly enough, Consumer Reports‘ subscribers also rated chiropractic care as being equally effective on neck pain, osteoarthritis, and several of the other 12 conditions being examined, and even more so than the relief obtained from prescription medications.

Get the Back Pain Wilmington NC Relief You Need Now

What these studies show is that you don’t have to just live with your back pain. Most causes of back pain are treatable without medications and/or surgery. And best of all, relief can be felt quickly. Call one of Southeastern’s chiropractors for back pain Wilmington NC today at 910-790-3666, and discover for yourself the difference that safe and effective chiropractic care can make for back pain Wilmington NC. With six locations throughout the Wilmington area, we have an office conveniently close to you.