With warmer weather on the way, more and more golfers will be heading out to the greens to play the game they love so dearly. But, golf is a game that can take a toll on the player. Every year, our chiropractor in Wilmington treats hundreds of golfers with strained joints, lower back pain, sore muscles, and other problems.

The thing is – many of these injuries could have been avoided had they visited the chiropractor before the injury was sustained. According to a recent study performed by the Titleist Performance Institute (TPI), chiropractic expertise can not only help you avoid golf injuries; it can actually improve your game.

Increase Your Drive by 10% With Chiropractic Care

In the Titleist Performance Institute study, it was discovered that using a combination of pre-play stretching along with chiropractic care enabled golfers to increase their drive distance by nearly 10%. But, this is not exactly news to some of the world’s top golfers. Both Tiger Woods and Padraig Harrington have been practicing these techniques for years.

Chiropractic care is directly related to improving one’s golf game because chiropractors can actually help golfers identify and correct physical limitations that may be adversely affecting their swings. In TPI’s study, two groups of golfers were compared: one group that practiced only stretching exercises, and the other practicing stretching exercises along with chiropractic spinal adjustments. Both groups performed three full swing maneuvers before and after each treatment, and the driving distances they achieved were recorded. After four weeks, the group that did only stretching exercises showed no improvement in swing performance. But, it was discovered that the group that stretched and received chiropractic care was able to achieve greater driving distances after each treatment.

About the Titleist Performance Institute

The Titleist Performance Institute is sponsored by one of the golfing world’s most prominent and respected manufacturers of golf equipment and apparel. Since it was founded in 2003, the Institute has focused on studying how the human body functions in relation to golf. As such, it has determined that chiropractors have a unique perspective and treatment expertise that can help golfers maximize performance and avoid injury. This is due to the fact that chiropractors, more than most other healthcare practitioners, have a thorough understanding of human biomechanics and the musculoskeletal system. Currently, there are over 9,000 TPI-certified chiropractors in 57 countries.

If You’re a Golfer, Let Southeastern Chiropractor Wilmington Help You Improve Your Game

At Southeastern Chiropractic, we can help you improve your golf game with targeted treatments designed to help make you stronger and more flexible. Our expert chiropractic care will also help you recover faster while reducing pain and stiffness. If you want to take your golf game to the next level, call us today at 910-790-3666. We are here for you. Discover for yourself the difference that safe and effective chiropractic care can make. With six locations throughout the Wilmington area, we have an office conveniently close to you.

What Is Nerve Entrapment and How Can It Be Treated? 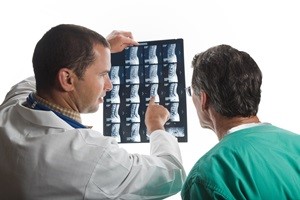 Have you ever felt an uncomfortable tingling sensation in your arm after performing the same motion for an extended period of time? Maybe it was after spending a day typing at your computer or raking leaves. This sensation may be caused by nerve entrapment syndrome, a common condition that is sometimes referred to as either a “trapped nerve” or a “pinched nerve”. Nerve entrapment can be uncomfortable, but there are treatments that can relieve the pain and help get you back to feeling normal.

Your body is equipped with nerves that carry information back and forth between your brain and your limbs, organs, and other body parts. Nerve entrapment happens when a bone, muscle, ligament, tendon, or other tissue presses against one of these nerves. This compression is most likely to occur in response to consistent, repetitive movement. Poor posture, obesity, and previous injury to the affected area are also risk factors.

The most common symptom of nerve entrapment is discomfort and numbness. You may feel as though a part of your body has “fallen asleep,” or you may find that your grip has weakened. While you may still be able to function normally with these symptoms, you should seek medical attention if the discomfort does not go away on its own after a few days. Sustained compression may lead to chronic pain and permanent nerve damage. This makes for timely intervention crucial to a full recovery.

When you visit your doctor, he or she might use a number of tests to diagnose your condition. After asking you questions about your symptoms and conducting a physical examination, your doctor may order a nerve conduction study. This test uses electrodes to measure electrical impulses in your nerve signals. You might also undergo electromyography (EMG) to evaluate your muscle activity or magnetic resonance imaging (MRI) to determine the root cause of your compression.

Chiropractors in Wilmington NC are experts in diagnosing and treating problems related to the musculoskeletal and nervous systems. There are several types of treatment that have been used successfully to relieve nerve entrapment syndrome:

Depending on your specific situation, your chiropractic physician may teach you exercises that will help to stretch and strengthen the muscles around your nerve. He or she may also recommend specific ways to help reduce inflammation around the compressed nerve.

To the extent that nerve entrapment is fundamentally a structural or mechanical issue, the symptoms can often be relieved with rest. Your doctor might instruct you to discontinue the activities that resulted in compression. He or she might also encourage you to wear a splint or brace to keep the problematic area still. If so, don’t be surprised if you are advised to wear your brace overnight. Many people move around while they sleep in ways that can irritate the compressed nerve.

If you or someone you care about is experiencing symptoms of nerve entrapment, we encourage you to call Southeastern Healthcare. Call 910-790-3666 to schedule an appointment with one of our chiropractors. We are here for you. With six locations throughout the Wilmington area, we have an office conveniently close to you. 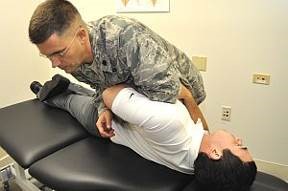